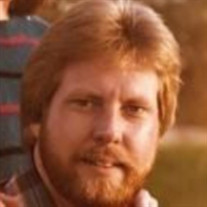 Timothy Oren Daley, 64, resident of Maricopa, Arizona, passed away at Dignity East Valley Rehabilitation Center on Thursday, October 14, 2020. Tim left his mother, Patricia Julian, brother, Joseph Daley, sister-in law Diane Daley, sister, Brooke Davis and nephews Adam Daley, Zackery Daley, Benjamin Daley, Jake Davis, nieces Stephanie Bhatt, Sarah Davis, and cousins James Julian, Sam Julian, Jack Julian and Joanne Julian, Stacy Shaw, Pam Cohan and Amanda Julian. Tim always enjoyed mechanics and engines and became a professional flight mechanic while in his teens. Flying was his dream and he became a commercial pilot with 2000 hours. From his years of professional flying he caught the excitement of The Blue Angels and professional airshows. Soon he was working as air traffic controller, “air boss”, for major airshows like Mira Mar Airshow in San Diego, CA. Motorcycles also played an important part of is life. From street bikes and later to senior dirt bike riding, he rode the desert for fun and tracks for competition. In 2011, along with several of his over 50” buddies, Tim began the AZVMX (Arizona Vintage Motorcross) club. Playing golf was also an important part of his early life and he loved to tell stories about playing in the Annual Father/Son Tournament each year with his dad and brother Joe. We will miss him dearly when we hear music of the 70’s, especially the Eagles, remember his great sense of humor and his loyalty to his friends and love of his home. He was “one of a kind” and will be remembered in the words from a favorite poem, “Oh, I have slipped the surly bonds of earth and danced the skies on laughter silvered wings….” A private memorial will be held for family members. Any donations to the American Diabetes Association. High Flight, Pilot Officer, John Gillespie McGee, Jr.

The family of Timothy Oren Daley created this Life Tributes page to make it easy to share your memories.

Send flowers to the Daley family.