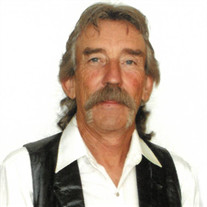 Robert, lovingly, “Bob”, passed away January 12, 2021 at age 69. He is survived by his loving wife, best friend and “sole inspiration in life”, Debra Wiebusch as well as David and Mary Wiebusch (brother and sister-in-law), Doug and Rhonda Wiebusch (brother and sister-in-law), Shirley and Darcy Monson(sister and brother-in-law) and Jim Burgard (brother-in-law). He has three step-daughters, Teresa (Dalyn) Askin, Tracie (Damien) Bustamante and Nicole (Sean) Love and a total of 3 grandsons (Bradey, Canyon and Deegan) and 6 granddaughters (Sheya, McKenna, Evelyn, Eilysha, Ariah and Layla) . He is received in heaven by his parents Ann and Ervin, sister Rita, son-in-law Brett and best friend of 30 years, Steve. Bob was born June 20th, 1951 in Moorehead MN but spent most of his childhood in North Dakota before leaving to serve in the United States Army from 1973 to 1977 where he earned a Sharpshooting medal and a love for traveling, dice games and Bud Light. Bob was well known for his sense of humor and helpful initiative. To say that he would give a stranger the shirt off his back is an understatement. After the Army, Bob settled in Mesa, Arizona in 1985 and began his career as an Auto Body Technician at Berge Ford/Larry Miller Ford, and continued on that path lifelong where he was recognized numerous times for his hard work and dedication. He loved sharing his knowledge and experiences, both work-related and not, with anyone who would listen and showed a willingness to learn. Outside of work, the little things in life meant the most to Bob. He valued cooking, riding motorcycles and simply going out for “Sunday drives”, even if it wasn’t Sunday. Yard work, antique car shows and bringing home anything and everything that he deemed a collectible, even if only in his eyes, were the things that gave Bob joy. He was a true family-oriented man and child at heart; he had a playful nature and typically spent more time playing with the kids than hanging out with the adults at birthday parties or family events. Our heart aches at the loss of him here by our side, but an angel of the mightiest proportion we have all gained, awaiting our day to be joined with him again.

The family of Robert "Bob" Peter Wiebusch created this Life Tributes page to make it easy to share your memories.

Send flowers to the Wiebusch family.