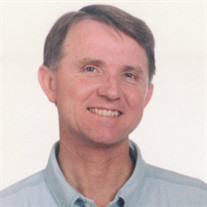 On Saturday, September 12, 2020, Milton (Milt) Gayle Lawlor, loving husband, and proud father of seven children and grandfather of 28 grandchildren, passed away at the age of 73 after a years long battle with cancer. Milton was born on February 26, 1947 in Mount Pleasant, Sanpete, Utah. He was the second son of Nephi and Elsie Lawlor. On November 19th, 1970 he married Vicki Lea Jennings for time and all eternity in the Mesa, Arizona Temple and together they raised six sons, Daren, Kenneth, Austin, Preston, Joshua, and Casey, and one daughter, Noelle. Milton was a man of few words. Known for his calm, quiet personality and his skilled workmanship. An example to all with his unwavering testimony of Jesus Christ, his incredible work ethic, and desire to serve others. He achieved the rank of Eagle Scout when he was 14 years old. He graduated from Mesa High in 1965. When he was 19, he worked and saved his money from a newspaper route to become a missionary for the Church of Jesus Christ of Latter-Day Saints. He served a full 2-year mission in Germany where he learned to speak fluent German. He attended college at Mesa Community College, Brigham Young University, and Arizona State University completing a year at each. He graduated with his bachelor’s degree at The University of Phoenix in the year 2000. He was an excellent student and enjoyed his time spent learning and worked to teach his children the importance of obtaining a good education. He served those around him in many ways through his numerous callings in life; Scout Leader in the Boy Scouts of America for many years, coached Little League for many years, as an accountant doing taxes, and he was a temple worker in the Mesa Temple in his later years. He shared his love of people freely, also his love of woodworking and building, of sports and the Gospel of Jesus Christ with everyone, especially his children and grandchildren. Milton was preceded in death by his father, Nephi, his mother, Elsie, his sister Vonetta and his granddaughter Sadie. He is survived by his sweetheart Vicki, his children and their spouses; Daren & Elle, Kenneth & Shelley, Austin & Jill, Preston & Robyn, Joshua & Sarah, Casey & Celeste, Noelle & Eric, also twenty-eight grandchildren, and 8 siblings; Nephi, Sharlene, Lamarr, Muriel, Stanley, Linda, Vayla and Elaine. Funeral services will be held on September 17th and 18th at 1718 N. Date St. Mesa, AZ, The Church of Jesus Christ of Latter-Day Saints. Viewing on Thursday the 17th at 6:00 pm – 8:00 pm and on Friday the 18th at 9:00 am – 10:00 am. The service will follow at 10:00 am – 11:00 am. Interment will take place at Mesa Cemetery 1212 N Center St. Mesa, AZ where the grave will be dedicated by son Casey Lawlor.

On Saturday, September 12, 2020, Milton (Milt) Gayle Lawlor, loving husband, and proud father of seven children and grandfather of 28 grandchildren, passed away at the age of 73 after a years long battle with cancer. Milton was born... View Obituary & Service Information

The family of Milton "Milt" Gayle Lawlor created this Life Tributes page to make it easy to share your memories.

Send flowers to the Lawlor family.