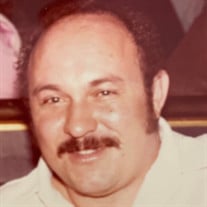 Larry B Pomeroy, 79, passed away peacefully on Sunday, May 8, 2022, in Gilbert, AZ. He was preceded in returning to his Heavenly home by his parents: Leslie T. and Norma Walton Pomeroy; siblings: Norman Pomeroy, Claudia and Neil Astle, Karen Pomeroy, and Dennis Barney; and dear friends: Freddie Munoz, Bill Skousen, Marvin Sorenson, Sonny Lee, and Ed Caroley. Larry was born on December 22, 1942, in Salt Lake City, Utah. As a teenager, he moved with his family to Mesa, AZ. Larry started his career working on automobiles in his brother, Mick’s garage. After graduating from Mesa High School, Larry joined the Air Force serving in Yackima, Washington as an Air Defense Command. Afterwards, Larry returned to Mesa where he started his first business in 1964, LP’s Body and Paint Center, which is still in operation today. He also had successful business ventures in Concrete and Real Estate. Larry knew many in Mesa and was devoted to a core group of friends still in place today. Together, he had many adventures with them including winning the Puerto Penasco 100 Baja race in 1977, yearly trips to fish in Alaska and staying in his cabin in Montana, weekly poker tournaments, golfing, and boating on the Arizona reservoirs. One of Larry’s great missions in life was wanting to help support and care for his family. For example, just a kid himself, Larry made homemade ice skates for his sister to ice skate at Liberty Park in Salt Lake City. Another time, Larry helped his siblings cut down a “larger than necessary” Christmas tree, because it’s the one everyone wanted even though it was quite the chore. Also, almost every family member (siblings, son, nephews, nieces) benefited from Larry helping them fix up their vehicles. When it came to helping family, Larry always approached it with a “Get Er’ Done” attitude. Larry married Debbie Blesh in 1978 and together they had one son, Larry Pomeroy, Jr. Once single again, Larry still found ways to support his son regularly from coaching his little league team to memorializing when his son first outdrove him in golf. Also, Larry always seemed to have a saying for all situations trying to lighten the mood for everyone. Most of his family and friends have at least one “this one time with Larry” story. Larry leaves behind many who will miss him including his son/daughter-in-law: Larry and Jolene Pomeroy Jr; his grandchildren: Shjon Oelke, Bridgette Pomeroy; his siblings/sibling-in-laws: Mae (Norman) Pomeroy, Mick (Karen) Pomeroy, Ann (Dennis) Barney, Edwin and Linda Lamoreaux; and his remaining cherished friends. Larry also has many nieces and nephews and their children who he cared for greatly.

Larry B Pomeroy, 79, passed away peacefully on Sunday, May 8, 2022, in Gilbert, AZ. He was preceded in returning to his Heavenly home by his parents: Leslie T. and Norma Walton Pomeroy; siblings: Norman Pomeroy, Claudia and Neil Astle, Karen... View Obituary & Service Information

The family of Larry B. Pomeroy created this Life Tributes page to make it easy to share your memories.

Send flowers to the Pomeroy family.