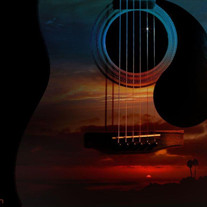 John Richard Lira Jr., 61 passed away in Gilbert on Saturday, March 26, 2022. John died peacefully in the presence of his cousin Chris while listening to Beatles music. John was born August 13, 1960, in Ray, Arizona. John grew up in El Mirage, Arizona and attended El Mirage Elementary, Dysart Junior High and graduated from Dysart High School. John was highly intelligent and an extremely good student in school and won many spelling bees, art contests and even participated in school bands. The Lira family moved to Mesa, Arizona in 1980. Upon graduating from high school John attended Arizona State University where he earned a Bachelor of Arts degree in Fine Arts. John’s parents preceded him in death John R. Lira Sr., Guadalupe (Lupe) Contreras Lira, grandparents Salvador and Carmen Contreras, Jose (Joe) and Atanacia Maria (Mary) Perez Lira. Uncles and aunts include Isabel Roman (Gilbert (D), Eva Rivera (D) Pete (D), Bertha Candelaria (D) (Tom), George Contreras (Margaret), Dave Ronnie Contreras (Mabel), Art Contreras (Gloria), Rey Contreras (Susan), Eddie Contreras, Ray (D) and Lucy Lyra, Lew and Evangelina Lira, Carol and Ruben Quinonez, Lucy and John Howard, Marcella (D) and Jack Moreno, Manuel Lira. He was loved by many cousins, friends, godchildren and respected by fellow musicians. John worked as a Real Estate agent with his partner/Aunt Gloria for 32 years. They were a good team who studied together, took courses together, shared the workload and commissions and provided guidance to new homebuyers throughout the buying process. When one was challenged the other would follow through with whatever task needed to be completed. They were a good team. However, John’s first love was music. He was a self-taught musician, a prodigy with the guitar and bass. By the time he was 12 he was playing the entire Abby Road album by the Beatles. John and his brother Frank were the dynamic duo. They were a part of many bands from Revolution, Rock It, Suerte, Los Guys and Andrea and Los Guys. They were very popular and played throughout Arizona, the casino circuit, weddings, anniversary parties and any event that entailed a celebration. John was known for his positive outlook, quirky and quick witted sense of humor, as demonstrated in the hospital when the nurse asked him what he wanted for lunch. His response was, “Do you have lobster?” John’s intelligence, was on display daily from not only playing and understanding different genres of music, but he was a walking encyclopedia about the Beatles, music from the 50’s, 60’s, 70’s etc. Just ask how many students he helped pass with an ASU Beatles course. John was diagnosed with MS at an early age, but that horrid disease would not define him. He displayed a positive demeanor, his sense of humor was continual, and he continued playing music as long as he could stand. We will miss his Sunday morning texts about listening to Breakfast with the Beatles while drinking coffee. The family and Frank would like to thank Hospice Banner Care Wyns Garden Home for John’s comfort during the last week of his life. A special recognition to Frank, his brother, for the unwavering care he received throughout his life. Frank dedicated his life to caring for his parents and his brother. What a hero Frank was to be able to provide the ultimate gift of care. A celebration of life will be on Tuesday, April 5, 2022, at Meldrum’s Mortuary in Mesa, AZ from 3:00-5:00.

John Richard Lira Jr., 61 passed away in Gilbert on Saturday, March 26, 2022. John died peacefully in the presence of his cousin Chris while listening to Beatles music. John was born August 13, 1960, in Ray, Arizona. John grew up in El... View Obituary & Service Information

The family of John Richard Lira Jr. created this Life Tributes page to make it easy to share your memories.

John Richard Lira Jr., 61 passed away in Gilbert on Saturday,...

Send flowers to the Lira family.