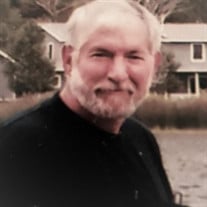 Jeffrey Brian Van Hyning, AKA Jeff, 66 of Mesa, Az, has gone home to meet with our Heavenly Father on July 27th, 2021. Jeff was born in Bellefontaine, Ohio in September of 1954. His family moved to Arizona in 1960 where he attended Mesa High school and participated in the FFA raising rabbits with his father. After Graduating, Jeff joined the Army. He spent time in the Infantry Honor Guard touring the nation Celebrating the Bicentennial anniversary of the United States. He finished his service in Germany as a Medic. Jeff later became a machinist working for Honeywell until he retired 30+ years later. During those years Jeff married Annette and gained 4 bonus children. This was a time in his life that he really proved to be a tough man, becoming an instant dad to 4 crazy kids… he did so well…better than well. But as much as he loved his wife and bonus kids, he may have loved fireworks slightly more, always willing to set off the biggest and best. Jeff also loved being in the great outdoors. Hunting, fishing and camping were a huge part of his life. He was an avid hunter enjoying his annual hunting trips with his favorite cousin Scott, and best buds, Mike and Big AL. Not to mention, the many fishing and hunting trips with his wife and kids. Jeff was an amazing, fun-loving, caring man. He had the biggest heart and the loudest air horn on the block (if you know, you know). He was the best husband, sibling, son, and stepfather anyone could ask for. Jeff was preceded in death by his father Joe, mother Joyce, and brother Rick. Jeff is survived by his wife Annette, Stepchildren; Bo (Sheryl), Cody, Laura (Michael), Chase (Tamara). Sister Terri, Brother-In-law Frank and Brother Chris aka Kip. Along with Jeff’s 9 grandchildren: Julia, Tallie, Nicky, Aiden, Taylor, Wyatt, Caleb, Madison, and Paislee. Jeff will be laid to rest Friday 8/13/2021 at 10:00 A.M. National Memorial Cemetery of Arizona 23029 North Cave Creek Road Phoenix AZ, 85204

Jeffrey Brian Van Hyning, AKA Jeff, 66 of Mesa, Az, has gone home to meet with our Heavenly Father on July 27th, 2021. Jeff was born in Bellefontaine, Ohio in September of 1954. His family moved to Arizona in 1960 where he attended Mesa High... View Obituary & Service Information

The family of Jeffrey Brian Van Hyning created this Life Tributes page to make it easy to share your memories.