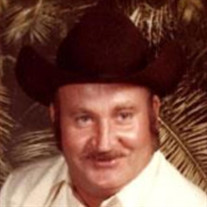 Jackie Willie Welch Plumb was born October 31st, 1935 in Pima, Arizona to Jess and Reva Kerby Welch. In his early years he was raised by his mother Reva, Grandfather Charles Kerby, and his Uncles Rex and Reed Kerby. Hard times were not spoken... View Obituary & Service Information

The family of Jackie Willie Plumb created this Life Tributes page to make it easy to share your memories.

Send flowers to the Plumb family.