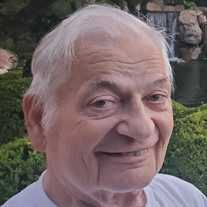 Gary Ervin Marx died on February 13, 2022 in Scottsdale, Arizona. The eighth of nine children born to Edna Anderson and Ervin Edgar Marx, Gary arrived in Sterling, Utah on November 12, 1938. The Sterling landscape left deep impressions on Gary: family pilgrimages to his childhood home were a highlight of his Utah trips over the years. After the Marx family moved up north, Gary graduated from Tooele High School in 1957.Gary then attended the University of Utah, where he majored in electrical engineering, marinated in Ute sports pride, and graduated in 1964. During college, he took a leave of absence to serve a mission for the Church of Jesus Christ of Latter-day Saints in Japan. Five years after his 1963 return, Gary received a letter from Kyoto that began, “My dear Gary, Sunday I made my entrée into this land—and find it everything you’d described.” His correspondent, a church (girl)friend named Marilyn Blaylock, had stopped in Japan en route to her Head Start duties in Guam. Following her own return, the couple were sealed in the Salt Lake Temple on March 31, 1969. Marilyn continued her work in early childhood education while Gary pursued a doctorate in electrical engineering at Johns Hopkins University. Pictures Marilyn took at Gary’s 1975 graduation showcase their five year-old son, Matthew (never “Matt”), trying on his dad’s mortarboard cap and black robes. Pictures Gary took on family vacations feature mother and son playing on the beach and staring down Dad from a campsite picnic table. The Marx trio became a duo following Marilyn’s death in December 1984. Matthew recalls the emergence of Happy Wobbles, Gary’s circular smiley-faced drawings, as one way his father comforted him. Addressing his own grief while simultaneously parenting a son would become the signal challenge—and achievement—of Gary’s life. Gary, in turn, reveled in the achievements and stages of Matthew’s life, not least the occasions when his son donned his own mortarboard cap and black robes. When Matthew married Heather Pratley in 1994, Gary read a Byron poem in her honor at the wedding breakfast. In 1997, after the first of two Marx Brothers materialized, Gary spontaneously drove from Maryland to Boston to challenge Heather’s mother in the newborn-devotion department. When driving wasn’t practical, Gary would fly to visit Matthew’s family, earning him the nickname “Airport Grandpa.” He loved being “that grandpa” who would bellow abundant praise (and occasional guidance) from the sidelines of Ian’s basketball practices. And when Henry fell in love with physics, Gary sent him The Feynman Lectures as a (favorite) Christmas present. Gary’s well-worn slide rule has now found its way into Henry’s admiring hands, but in its prime, it supported an engineering career at Westinghouse that spanned thirty-two years. Part of his work centered on optics, including developing the lens for the lunar camera used on the Apollo missions. A lifelong fan of aviation, Gary worked on the radar for early spy satellites, the F-15 fighter plane, and the AWACS aircraft warning system, among other classified national-defense projects. Following his time at Westinghouse, Gary’s turned his relentless curiosity on Eastern medicine. Not satisfied with mere relief from acupunture, Gary wanted to peek under the hood and discover how that relief was engineered. This peek became a series of Maryland classes, which expanded into a Scottsdale degree program, then culminated in an acupuncture license from the State of Arizona. The acupuncture point around which Gary’s summers revolved was the annual Marx Reunion. “Uncle Gary” relished the chance to see in person the many nieces and nephews whose lives he followed with interest during regular phone conversations with his siblings. In between official reunions, Gary enjoyed socializing with his two Scottsdale sisters, Dolores and Carma, and their families. Over the last four years, Gary’s local family expanded to include Mary Martinez, his beloved caregiver. Her remarkable care and camaraderie allowed Gary to live at home, collecting stray golf balls from his porch, as long as possible. Gary is survived by his son, Matthew; daughter-in-law, Heather; grandsons Ian and Henry; and siblings Dolores Yates and Robert Marx. A memorial service celebrating Gary’s life will take place on Saturday, February 19th at 2:00 p.m. at Meldrum Mortuary (52 N. Macdonald in Mesa, Arizona). The service will also be broadcast on Zoom (https://zoom.us/j/96610575153). Interment will take place on the following Saturday, February 26th at 11:00 a.m. at the Manti Cemetery in Manti, Utah.

The family of Gary Ervin Marx created this Life Tributes page to make it easy to share your memories.

Send flowers to the Marx family.