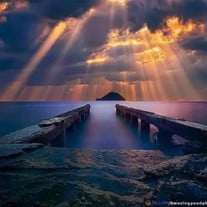 PROFESSOR GARY THOMAS MANSOUR ( December 21, 1951 -August 3 0, 2021 ) Professor Gary Thaomas Mansour was born on a very cold, snowy and windy winter day in Indianapolis, Indiana to Marillyn Ann and Peter Thomas Mansour. When he was a little more than one year old his parents moved to Albuquerque, New Mexico. His mother, worked as an artist and in engineering and his father as a restaurant owner allowing Gary to spend much time during the next few years with his beloved Aunt Velma Mansour as his child sitter. When he was five the family moved to Florida, where he attended school in Winter Park until the sixth grade when the family moved to Las Vegas, Nevada where he continued his education until the next move to Hermosa Beach, California. Gary graduated with honors from Redondo Union High School in 1969. He attended El Camino College in Torrance, California, for two years, graduating with an Associate of Science, Mathematics, degree in 1971, and continued his education at the University of California, Santa Barbara, graduating in 1973 with a degree as Bachelor of Science, Chemistry. Gary worked for a time as an assistant in the Chemistry Department at California State University at Dominguez Hills in Carson, California, during which time in 1993 he was awarded for Outstanding Contribution to the Chemical Sciences for his published paper, "Comparative Conditions for the Synthesis of Isophorone". He enrolled in Northern Arizona University in Flagstaff, Arizona, graduating with a Master of Science, Chemistry, Degree in 1998,after receiving an award in recognition of "Outstanding Achievement in Chemistry for Chemistry Graduate Teaching". He acquired his second Master from Arizona State University in Tempe, Arizona, graduating with a Master of Science, Engineering, degree in 2012. During and after college Gary worked at a variety of jobs as a chemist consultant, finally for many years at ASU, first as Senior Researcher, continuing as Senior Laboratory Coordinator as Manager of the Chemistry Laboratory. After retiring temporarily, he became an Adjunct Professor at Phoenix College, teaching classes in chemistry and engineering. Gary was also an experienced folk dancer, performing in dance groups in Santa Barbara and Phoenix, and could play both a guitar and a guida (a Bulgarian bagpipe). He was an accomplished builder, most recently completing the construction of an outdoor classroom that is usable for teaching students with a six foot allowance space between them, due to requirements because of the virus pandemic infections. Gary was both loved and respected by everyone he met, often concerned with helping those who needed financial or similar assistance, and will be greatly missed by both family and friends. Burial was September 13 , 2021, at Washington Park Cemetery East in Indianapolis, Indiana, in the Mansour Family area. Gary is survived by his daughter, Trinity Tori-Anne Bowles, two great grandsons, Isaiali and Logan Bowles, his mother, Marillyn Brame, two half sisters, Kin Ratcliff and Gloria O'Donnell, and half brother Tony Mansour.

The family of Gary Thomas Mansour created this Life Tributes page to make it easy to share your memories.

Send flowers to the Mansour family.