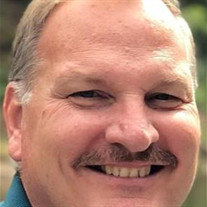 Our world was forever changed on October 10, 2021. After a lengthy and courageous battle with Covid-19, our beloved Joe was called home. He was only 57 at the time of his passing and will be deeply missed by family and friends spread across... View Obituary & Service Information

The family of Farrell Joseph Tillman created this Life Tributes page to make it easy to share your memories.

Send flowers to the Tillman family.