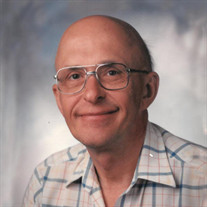 Dennis Delair Suko was born on December 31, 1942 in Jamestown, North Dakota to John and Leona (Reister) Suko. Dennis passed away on March 11, 2020 after surgery due to cardiac complications. He was preceded in death by both parents. Dennis graduated from Jamestown High School and attended Valley City State College, Valley City, North Dakota for a short time before joining the U.S. Navy in 1962. He completed basic training in Florida, the Great Lakes U. S. Naval Training Center in Great Lakes, Illinois and continued on to graduate from the U.S. Naval Hospital Corps School in Great Lakes obtaining a Hospital Apprentice Qualification Diploma from the U. S. Navy Bureau of Medicine and Surgery. During his 4 years of active duty, Dennis was assigned to the U.S.S. Mattaponi and served 2 tours in Vietnam as a Medical Corpsman at a U.S Naval Hospital in Saigon, Republic of Vietnam. Remainder of service was sea duty. He completed his active military service in 1966 and finished in the U. S. Navy Reserves with an honorable discharge in 1968. Upon completing his military service, Dennis was united in marriage to Amy Itrich. They welcomed two sons, Michael and Donovan. The family resided in various locations during this union and Dennis was employed in different fields until he decided to return to the medical field. Dennis enrolled in Wenatchee Valley College, Wenatchee, Washington where he received an Associate in Applied Arts & Science Degree in Radiologic Technology. He was a Supervisor at Ogallala Community Hospital, Ogallala, Nebraska and after a year, accepted a position at East Morgan County Hospital, Brush, Colorado, which later was added to the Banner Health organization. Dennis was united in marriage in Brush, Colorado on 8/29/98 to Sharon Weber, Akron, Colorado. They resided in Brush until February, 2003, at which time, Dennis transferred to Page Hospital, a Banner hospital, in Page Arizona, where he remained for 3 years; then transferred to another Banner hospital in Mesa, Arizona, which was closed and then reopened as Banner Gateway. He was rewarded with a 20-year certificate from Banner Medical for his services. Dennis then joined the medical team at Tempe St. Luke Hospital, Tempe, Arizona where he remained until his retirement in 2014. During his employment in the medical field, he was a Radiology Tech, a Certified CT Tech and an instructor and mentor to Radiology students during their clinical training. Dennis is survived by his wife, Sharon, Mesa, Arizona; sons, Michael of Spokane, Washington; Donovan (Erin) of Seely Lake, Montana, step daughters, Marianne Ungor (Michael) of Gilbert, Arizona, Laura Carlton, Apache Junction, Arizona; brother, Bill Suko of Panama City, Florida, sister, Jennifer Miner of Bradenton, Florida; grandchildren, great grandchildren, nieces, nephews and their families.. Dennis was extremely popular with his patients due to his compassion and empathy for them and his professional demeanor. He was active in the Methodist Church most of his life including several positions in the various congregations. One of his most enjoyable times was spent helping with the soup kitchen at Page Methodist Church. He participated in community functions in Brush, Colorado. He suffered a broken back following his retirement and was limited in his participation but always contributed to Christmas drives and other charities when possible. He was a member of the Akron, Colorado Elks Lodge, a lifetime member of the Veteran of Foreign Wars (VFW), the Vietnam Veterans of America, the Humane Society of Arizona and contributor to the Wildland Firefighters Association. In his last years, he was a regular member of the East Valley YMCA, where he met a special group of people and treasured their friendship until he was called to be with our Father. He was passionate about the medical field, our U.S. history and as well as family history. He will forever be honored for his service in Vietnam and was well known and loved for his sense of humor, compassion, willingness to teach and help anyone in need whenever possible. Gone but not forgotten…we love you. Following services at Meldrum Mortuary chapel, Internment will be private at the National Memorial Cemetery of Arizona.

Dennis Delair Suko was born on December 31, 1942 in Jamestown, North Dakota to John and Leona (Reister) Suko. Dennis passed away on March 11, 2020 after surgery due to cardiac complications. He was preceded in death by both parents. Dennis... View Obituary & Service Information

The family of Dennis Delair Suko created this Life Tributes page to make it easy to share your memories.

Send flowers to the Suko family.