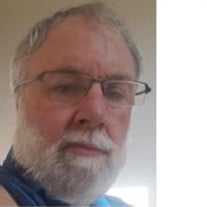 Danny Austin Bersch Danny Austin Bersch, 67, passed away unexpectedly from natural causes at his home in Mesa, AZ on Dec 6, 2021. Danny was born in Denver, CO to Billee & Victor Bersch on June 17, 1954. He spent his early childhood in Arlington, VA & Fremont, NE before moving to Great Falls, MT in 1962. Danny graduated from CMR High School in Great Falls in 1972, where he was active in the astronomy & chess clubs. Danny wed Eileen Wegmann in Dec 1975. Their son Danny J. & daughter Stephani were born while Danny was working for Montana-Dakota Utilities in eastern Montana. Danny returned to school & earned a bachelor’s degree in Electrical Engineering from Montana State University in 1985, where he was President of the IEEE Student Chapter of Tau Beta Pi, Eta Kapp Nu honor society. He began his career as a design engineer for AMI-Gould in Pocatello, ID. While in Pocatello, Danny was active in the local & state soccer programs for all age & skill levels & continued to share his love of astronomy with his family & friends as an active member in the local astronomy club. In 1993, Danny accepted a job with Motorola in Phoenix, AZ. He remained in AZ thereafter, finishing his career by focusing on engineering system architecture & project management. Danny also was active in his community, serving on the board of his homeowner’s associations & supporting local charities. After retiring, Danny became a serious cycler, riding 30-70 miles most mornings. Since turning 60, he biked his age on his birthday, riding a number of miles equal to his age. Danny’s passion for people frequently found him turning strangers into friends. Nothing was more important to Danny than his family. He created nicknames for his siblings, kids, & others; made up songs for his kids & grandkids; teased incessantly; was quick with puns; hosted countless gatherings of the extended family; & loved deeply. After his father died, he invited his mother to become a part of his household, where she gleefully began to join Danny in various shenanigans, which Danny then claimed he learned from his mother. He will be remembered for his quick wit, strong hugs, & deep caring for others. Danny is survived by his wife Eileen, his son Danny J. & granddaughters Allynn & Gwendolyn; his daughter Stephani Christenson (Barry) & granddaughters Kyla Bernal-Christenson (Bryan) & Kierstin; brother Kelly (Debbie); brother Kevin (Katey); sister Lynn; sister Sally Hara; & many nieces & nephews. He was preceded in death by his father in 2008 & his mother in 2020. There will be no funeral services. In lieu of flowers, Danny would have encouraged memorial gifts to St. Mary’s Food Bank (2831 N 31st Ave, Phoenix, AZ 85009) or to your local school district.

Danny Austin Bersch Danny Austin Bersch, 67, passed away unexpectedly from natural causes at his home in Mesa, AZ on Dec 6, 2021. Danny was born in Denver, CO to Billee & Victor Bersch on June 17, 1954. He spent his early childhood in Arlington,... View Obituary & Service Information

The family of Danny Austin Bersch created this Life Tributes page to make it easy to share your memories.

Send flowers to the Bersch family.