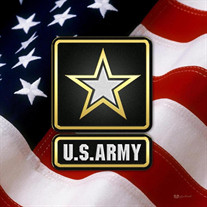 Army Ranger and IT Specialist, Damon James Alverson peacefully left this earth on September 27, 2021 at the age of 46. Damon’s talents were diverse. His young artistic abilities were prominently displayed in his elementary school cafeteria on a wall dedicated for his drawings. His construction abilities were appreciated by his Uncle Stan (his uncle agreed manual labor was appropriate punishment for smoking in the school bathroom and setting off the smoke alarm). Damon had a natural gift and passion for creating and building. Damon’s Honorable Service to our Nation included the awarding of the following medals: Army Achievement Medal (2nd Award), Joint Meritorious Unit Award, National Defense Service Medal, Armed Forces Expeditionary Medal, Humanitarian Service Medal (2nd Award), and Army Service Ribbon. Many of these received while deployed to Saudi Arabia with Desert Storm. After returning from the service, Damon earned an IT degree and became a computer geek. He endured many setbacks in life, but was a strong survivor. He enjoyed his last earthly employment at Caswells Shooting Range. His legacy will continue with his adventurous daughter, Dionna. He is survived by his mom, Marsha, his granddad, Thurb Dodge, his four brothers, Dawson, Cameron, Van, Landon, his sisters-in-law and nieces and nephews. He will be greatly missed by his girlfriend, Lucia. Services will be held Monday, October 11. A viewing is scheduled for 9:00 am at Meldrum's Mortuary, 52 N MacDonald, Mesa. Graveside services will be at 11:00 am at the National Memorial Cemetery, 23029 N Cave Creek Rd, Phoenix.

Army Ranger and IT Specialist, Damon James Alverson peacefully left this earth on September 27, 2021 at the age of 46. Damon&#8217;s talents were diverse. His young artistic abilities were prominently displayed in his elementary school cafeteria... View Obituary & Service Information

The family of Damon James Alverson created this Life Tributes page to make it easy to share your memories.

Send flowers to the Alverson family.