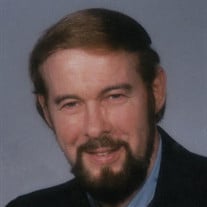 Dallas Clessie Dial was born in the covenant to Clessie and Altha Dial on July 12th, 1934, in Ogden Utah. He was the fifth of six children with three elder sisters, and two brothers. Dallas’ childhood and teen years were spent on the family farm and dairy where the value of work was instilled along with the memories of many mischievous adventures with his siblings. As a young man in his twenties Dallas moved to Florida where he worked in the entertainment industry as a promoter for Grand Old Opry shows. In 1959 Dallas was drafted into the United States Army and stationed at Fort Ord, California. He proved to be an outstanding soldier placing first in his battalion of 250 men earning the title of expert in marksmanship. He was also first in infantry and second in physical fitness earning him the nickname 1-1-2, an extremely rare achievement. During his two years of service, he was assigned as the youth activity director, Fort Ord activities coordinator, Asst. Monterey District Boy Scout Commissioner, and secretary to Commandant LT. Colonel Charles Custer. He was awarded two letters of commendation from superior officers as well as the Good Conduct medal. After discharge from the Army Dallas went into appliance sales and during the next forty years was employed as a regional rep for such corporations as Westinghouse, Caloric, and Ratheon. He later became the manager of Jack Roberts Appliance, overseeing five stores. Although he had many interests and hobbies, Dallas loved sports and excelled at every sport he played including basketball, baseball, football, tennis, and golf. In 1967 Dallas won the Edmonds Open in Washington State. He played on many league teams and as his sons grew, he proved to be an outstanding coach for their little league baseball, soccer, and basketball teams. In 1993 Dallas and his wife Jody were endowed and sealed together along with their sons in the Salt Lake City Temple. He remembered this day as the happiest of his life. Dallas spent the last 27 years in Mesa, Arizona enjoying retirement and each grandchild as they came. He passed from his mortal body on Monday, January 10th, 2022. He is survived by his beloved wife Jody, sons, daughters, grandchildren, and great grandchildren along with two siblings and dozens of nieces and nephews. Although he will be sorely missed by those who love him, he is happy in paradise reunited with family members who preceded him.

Dallas Clessie Dial was born in the covenant to Clessie and Altha Dial on July 12th, 1934, in Ogden Utah. He was the fifth of six children with three elder sisters, and two brothers. Dallas&#8217; childhood and teen years were spent on the family... View Obituary & Service Information

The family of Dallas C. Dial Sr. created this Life Tributes page to make it easy to share your memories.

Dallas Clessie Dial was born in the covenant to Clessie and Altha...

Send flowers to the Dial family.