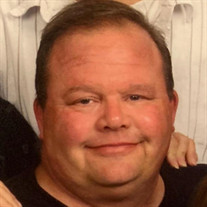 Chester Michael Coy passed from our world on October 31, 2021. He was born to Shirley Virginia and William Vaughn Coy in Toledo, Ohio, the third of the four Coy kids. Chester graduated from Carmel High School in Indiana, where he was a successful wrestler on the team. He attended Indiana State University, and earned his master’s degree in Political Science and Education from the University of Maryland in Seoul, Korea. Chester was a Sergeant in the U.S. Army, serving from 1983 to 1996. For seven of those years, he was stationed on the DMZ in Korea. After his honorable discharge, he settled near his family in Arizona. He taught Special Education in the Mesa School District for 20 years, retired, and continued to substitute teach in Mesa, Glendale and Queen Creek. Chester was teaching Special Ed at the Arizona State Hospital in Phoenix when he met, and fell in love with, a fellow co-worker, Patricia Park, when she offered him a seat in the cafeteria and shared her homemade lasagna with him for lunch. They bought a house together, married on August 23, 2002, and welcomed their daughter Bridget Catherine Coy, to complete their family of five including Patti’s sons Michael and Coleman, along with their dog Chuck. They enjoyed camping, sports, cooking, and get-togethers with their large extended family. Chester is survived by his daughter Bridget Coy, sons Michael Park and Coleman Skousen, sister Cathryn Coy, brother Patrick Coy, his beloved pooch Lulu, and numerous nieces, nephews, friends and co-workers. He was preceded in death by his wife Patti, parents Bill and Shirley, and brother Bill. He had close relationships with his Aunt Coby Riley, mother-in-law Florence Park, sisters-in-law Sandy Coy and Amy Park, and friends Jon Rogers and Anthony Merkel. Every person that was a part of his life has memories and stories of Chester, who was intelligent, hard-working, practical, caring, and stubborn to a fault. He was loved, and will be missed by many. A memorial service will be held on Saturday, December 4, at 11:00 a.m., at Christ the King Catholic Church, 1551 E. Dana Ave., Mesa, AZ 85204. Chester’s ashes will be interred at a later date at Holy Cross Cemetery, 9925 W. Thomas Rd., Avondale, AZ, where he will rest eternally and at peace with his parents and his wife Patti.

Chester Michael Coy passed from our world on October 31, 2021. He was born to Shirley Virginia and William Vaughn Coy in Toledo, Ohio, the third of the four Coy kids. Chester graduated from Carmel High School in Indiana, where he was a successful... View Obituary & Service Information

The family of Chester Michael Coy created this Life Tributes page to make it easy to share your memories.

Send flowers to the Coy family.