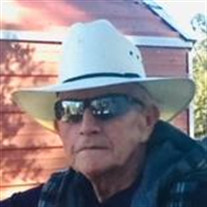 Arthur Gutierrez Dominguez aka Tury, Art On Tuesday January 4, 2022, Arthur G. Dominguez, passed away peacefully in Tempe, Arizona with his family by his side. Arthur was born on July 5, 1950, in Tempe, Arizona and was the third child to Jesus E. Dominguez and Elvira M. Gutierrez. In his early years Arthur grew up on a farm in Mesa, Arizona helping his father with farm work. In 1965 the family later moved to Chandler, Arizona where Arthur spent his early years playing in his band “King Arthur and the Royal Knights”. Arthur played the drums, saxophone, and guitar. He loved music and his band was known for winning many battles of the bands. Arthur was the father to Jessica M. Dominguez and Arthur S. Dominguez Jr. Later, in life Arthur started his own landscaping business “The Work of Art.” Arthur had a good eye and a creative mind when it came to landscaping. He really enjoyed spending his days outdoors. After retiring, Arthur enjoyed time with his family. Arthur also had a strong bond with his extended family. You would often find him spending his days in Tempe, Phoenix and Mesa with his Gutierrez and Berzoza cousins. Arthur’s hobbies included fixing and riding his bikes, the outdoors, buying and collecting hats, and watching Netflix while at home. In his final years Arthur lived with his daughter Jessica and his grandchildren in Chandler, Arizona. Arthur was a loving dad, grandfather, great grandfather, brother, uncle, and cousin. He will forever be missed! Arthur is preceded by his father Jesus E. Dominguez, mother Elvira G. Dominguez and survived by his daughter Jessica M. Dominguez - Alex, son Arthur S. Dominguez Jr - Daniel, grandsons Julian A. Escobar, Enrique A. Urena, Angel Urena, granddaughter Carmen S. Urena, great grandsons Jesse Gonzalez, Julian A. Escobar Jr., sister Sally Figueroa and brother Daniel G. Dominguez.

Arthur Gutierrez Dominguez aka Tury, Art On Tuesday January 4, 2022, Arthur G. Dominguez, passed away peacefully in Tempe, Arizona with his family by his side. Arthur was born on July 5, 1950, in Tempe, Arizona and was the third child to Jesus... View Obituary & Service Information

The family of Arthur Gutierrez Dominguez created this Life Tributes page to make it easy to share your memories.

Send flowers to the Dominguez family.